Internationally known dressage rider and trainer, Katherine Bateson-Chandler will be joining forces with legendary show jumping trainer George H.
Morris at the 2019 Burlington Capital International Omaha.
“The Midwest’s Largest Horse Event” returns to the CHI Health Center arena in Omaha, Nebraska, April 4-7, 2019.
Bateson-Chandler and Morris will be part of the event’s educational “Showcase,” sponsored by The Dressage Foundation, a ticketed clinic that will be held on Friday, April 5 at 4:30 p.m.
The pair will also give free demonstrations and mini clinics in the “Horse Discovery Zone” at other times during the four-day event.
Purchase Tickets to Showcase
“We are delighted that Katherine Bateson-Chandler will be part of our Showcase this year,” said Mike West, CEO of the Omaha Equestrian Foundation (OEF) which hosted the highly acclaimed 2017 FEI World Cup Finals in jumping and dressage.
“Her dressage knowledge and years of experience, combined with Morris’s legendary horsemanship skills as the ‘Founding Father’ of hunt seat equitation, will help riders of all skill levels and also give equestrian enthusiasts a memorable experience that is not-to-be-missed!”
Lisa Roskens, founder and chairman of OEF, said the idea of bringing these two stars together is to help, “Build a bridge between the disciplines, to give each something to appreciate/understand from the other.”
She said that the whole idea arose when dressage riders attending last year’s Showcase expressed how they were pleasantly surprised with Morris’s flatwork.
She thought that the jumper riders could benefit from a greater understanding of dressage and that in turn, dressage riders could also benefit from the different perspective of jumpers.
Known for her accomplishments both in the U.S. and abroad, Bateson-Chandler was a member of the U.S. Dressage Team at the 2010 FEI World Equestrian Games™ which placed fourth overall.
She has many small tour and FEI grand prix victories on her resume.
She recently won the CDI3* Grand Prix Special and took second place in the both the FEI CDI5* Grand Prix and Grand Prix Freestyle with her top horse “Alcazar,” owned by Jane Forbes Clark, at the Adequan Global Dressage Festival in Wellington, Florida.
Born in Great Britain, Bateson-Chandler became an American citizen and is now based in Wellington.
She currently trains with 2012 Olympic Gold Medalist Carl Hester of Great Britain when she’s in Europe and also competes there.
At age 16, she started working as a groom for six-time Olympian Robert Dover at his New Jersey and Florida farms.
She then worked as Dover’s assistant trainer, gaining a wealth of knowledge and experience, and was Dover’s “wing woman” at two World Championships and two Olympic Games.
Bateson-Chandler took over the reins in 2005 when Dover retired from competition and began her own training business in 2008.
“We are so thrilled to have Katherine join us,” added West.
“We really think that she is the perfect complement to George Morris and that everyone who attends the Showcase will come away as a better rider than they were before!”
Learn about how YOU can with George & Katherine
Upcoming Deadlines
February 28:
Kid's Art Contest: Children ages 8 – 12 are invited to create their best piece of "horsey" art work for the chance to win fabulous prizes
National Anthem Contest: The Omaha Equestrian Foundation is looking for talented high school soloists, duets, and choir groups to enter the Omaha Steaks National Anthem Contest for the opportunity to perform at the opening ceremonies of the International Omaha April 4-7, 2019.  The winning act will receive a $1,000 prize.
March 15:
Ride with George Morris: To apply, simply send a 250-word essay telling us what it means to you to ride for the legendary George Morris.
Omaha Equestrian Foundation Grant: This grant will be awarded annually and shall be used to ward expenses for an educational, competitive or other developmental experience.  The goal of this grant is to further the OEF mission of growing equestrian sport in our region through education. 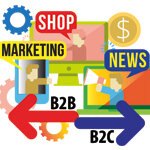